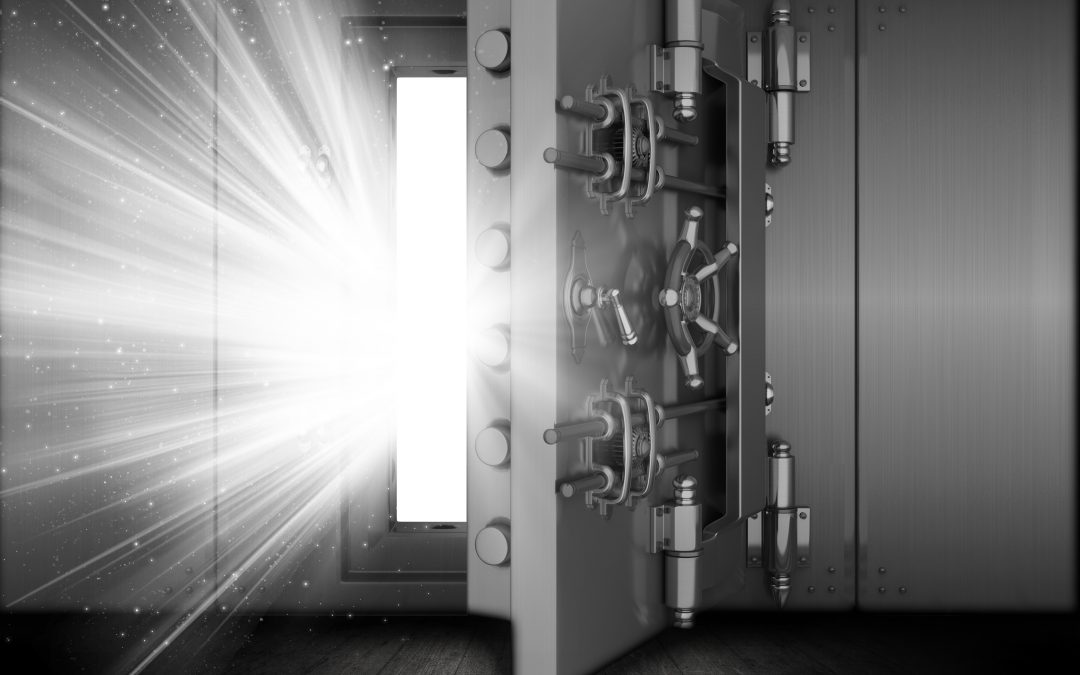 For years, there was no overview of what the total amount being paid for journal subscriptions was per institute or on a national level, due to restrictions in the contracts with publishers (the famous non-disclosure agreements). The information on universities’ expenditures on subscriptions has therefore been secret information up to now.

With the transition towards open access and the related recent (re-)negotiations with big publishers to have an open access publishing option in their journals, there is a growing attention on the institutional and national expenditures. It is for several reasons that we need to have an insight in these costs to know what the cost-benefits would ideally be if we have a full shift to open access. But above all it should be standard policy to know what is happening with tax-money anyway.

In Finland, The Netherlands, U.K. and at some institutions in Swiss this data have been published publicly because in these countries several Freedom of Information (FOI), and Government Information Act (WOB – in The Netherlands) requests have been submitted, and above all, granted.

The following information is to give you a quick overview of the status and the available data:

In 2016 information on journal subscription costs paid to individual publishers by the Finnish research institutions has been released by the Finnish Ministry of Education and Culture, and its Open Science and Research Initiative funded 2014–2017 (Academic Publishing Costs in Finland 2010–2015). Since this data is spanning all expenditures, Finland is the first country to release this data for all its institutions.

More information on the dataset can be found here and here.

This request has been granted in September 2016 and the subscription costs data has been released here. 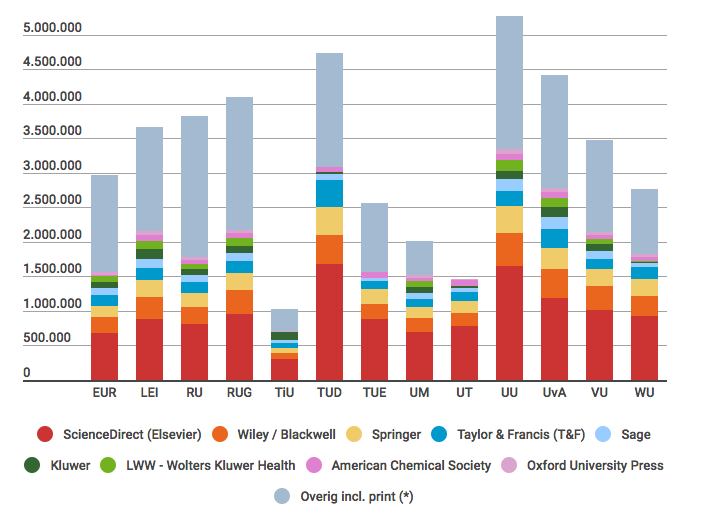 In September 2016, all Dutch universities received a second request relating to the open access license deals. Since 2015 negotiations started with the big publishers about the implementation of open access into the existing ‘big deals’. Currently the Netherlands is the only country where this is happening on such a united scale. All higher education institutes are acting as one party towards the publishers. Normally the details of those deals are contracted as a non-disclosure agreement but this second request asked for publication of those open access contracts. Just recently it has been granted as well and now contract details  publishers such as Elsevier, Springer, Wiley, Taylor & Francis, ACS, Sage, Karger, Thieme, Walter de Gruyter, RSC, Emerald have been publicized. [1]

A list of the publishers’ contracts can be found here.

In the U.K. Stuart Lawson, Doctoral researcher at Birkbeck, University of London, has done some great work on getting insights in the journal subscription expenditures at U.K. higher education institutions. Not all instisutes are represented, but he managed to collect pricing data of 150 institutions with ten of the largest publishers from 2010-14. The raw data can be found here.

For the last three years (starting in 2014) for transparency reasons he systematically collects the APC expenditures data of several research institutes as well. This data can be found here.

In 2015, also after a FOI request, the ETH Zürich published an overview of the costs for journal subscriptions (2010-2014) with the three largest publishers, Elsevier, Springer and Wiley. 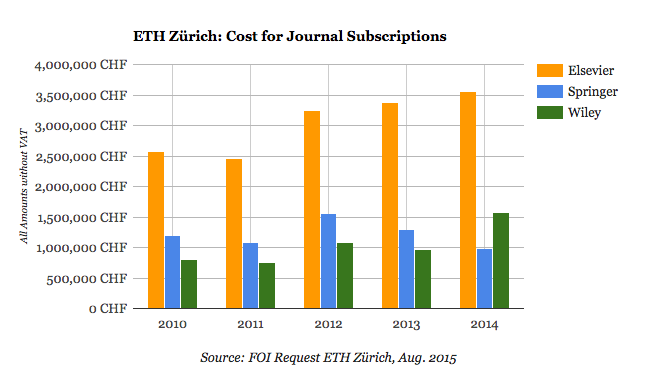 There is some more data on the financial flows in Swiss academic publishing to be found in this report.