New Set of Books in Media and Communication Studies Unlatched 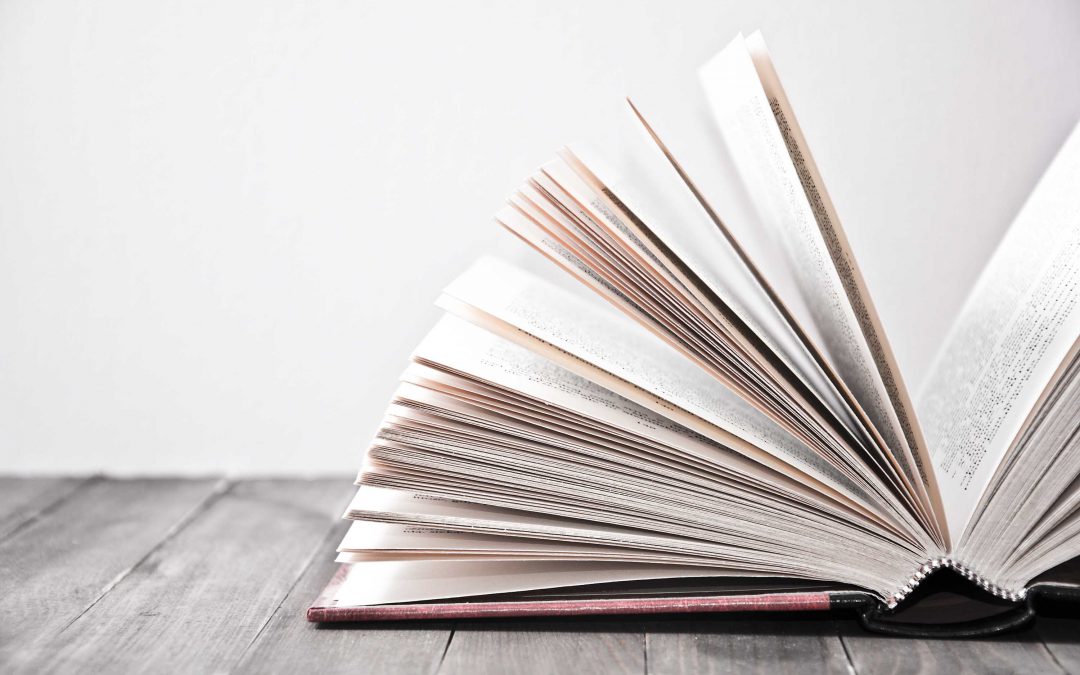 The project Knowledge Unlatched (KU) offers a library sponsored model to ensure open access for monographs and edited collections in the arts & humanities and social sciences. Libraries can take part in Knowledge Unlatched by pledging for the offered title list. The KU project started in 2013 with a pilot of 28 books from 13 publishers to create a platform where authors, publishers, libraries and readers could potentially all benefit from open access for books. Authors see their work disseminated on a global maximized scale and in the KU model they won’t be bothered with BPCs. It is a fact that free accessible books have been downloaded extensively, on top of the normal sales of the paper version. Citations are not necessarily increasing, but they will come faster.[1] Publishers can experiment with generating new revenue streams for open access books. Libraries are paying (you could have a discussion on where the money should come from) but in return are supporting open access for books and deliver accessibility for their researchers (online and with a cheaper acquired paper version – see below). And readers can read and download the books for free.

KU is an example of a crowdfunded, or better, consortium open access funding model. This model spreads costs and offers a broad access for books. It is currently the most important platform, and most likely the biggest in terms of scale, offering a constant stream of open access books. But is this model working?

I have mentioned it before in a previous post that some libraries [2] and commentators [3] see that the model could be sensitive to double-dipping and others have raised the the issue of free-riding (non-paying members taking advantage of the open access books made available by paying members). KU is aware of these issues. As Frances Pinter, the founder of KU, points out in an interview: “in order to deal with the free rider issue, we’re giving the member libraries an additional discount. So, when they buy into the free and they buy the premium, the total will be less than any non-member would have to buy for a premium version.”[4] The collections offered are still fairly small considered to the global output but we’re still in the early days of open access monograph publishing. If more publishers are involved and participating in the growth of the entire collection more libraries could become interested as well.

The KU project started in 2013 with a pilot (Pilot 1: 2013-2014). The pilot consisted of a collection of 28 new books (front list) covering topics in the humanities and social sciences from 13 scholarly publishers including the following university presses: Amsterdam, Cambridge, Duke, Edinburgh, Liverpool, Manchester, Michigan, Purdue, Rutgers and Temple, plus commercial presses: Bloomsbury Academic, Brill and De Gruyter. The pilot was a success and all 28 titles were made available on the OAPEN repository. OAPEN is an online platform for peer reviewed academic books in the humanities and social sciences. In collaboration with the Directory of Open Access Books index it offers services for discovery, aggregation and preservation of open access books and related metadata. Just recently the library passed the milestone of 4 million downloads since it started reporting COUNTER compliant usage statistics (September 2013).

We have reached a new milestone: over 4.2 million #openaccess #books downloaded. COUNTER compliant data by our partner @IRUSNEWS pic.twitter.com/ovPJGnK3ES

User statistics for books unlatched by Knowledge Unlatched in the Pilot and Round 2 have been published in the fall of 2016 by KU. Just to give you an idea of the impact the Round 2 collection contains 78 books and these titles have reached just under 40,000 downloads. The average download per title (via OAPEN) is 503.[5] 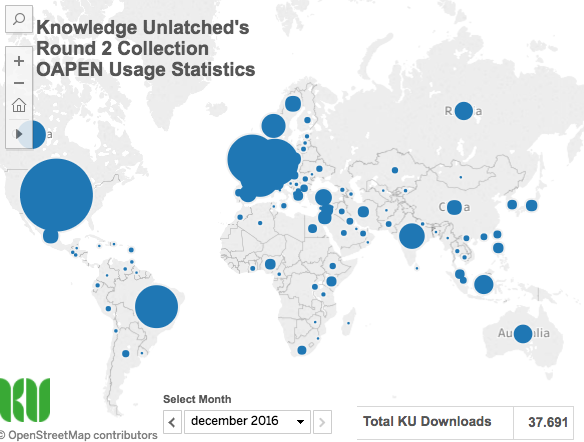 Back to the yearly rounds of open access books. The second round (Round 2: 2015-2016) was much larger and consisted of 78 new titles from 26 scholarly publishers. In this round, the collection was built on five main disciplines, namely: anthropology, literature, history, politics and media & communications. Of course, I’m really happy with the last one, being one of the main disciplines of the KU book lists. This round was a success too and 78 books have been unlatched. 10 of them are dealing with the subject media and communication. This collection of 10 can be viewed and downloaded here.

The third round (2016-2017) includes 343 titles (147 front list and 196 backlist) from 54 publishers. Just recently it has been announced that for this round sufficient libraries have pledged.[6] This means that in the next few months the entire list will become available for free downloading.

The good news is that of those 343 books, for the media and communications studies list, 9 titles are brand new (front list) and 13 books are back list titles (not older then 2 years). I think it is a good move to add back-list titles as well, since we tend to focus on only the new and latest stuff. But as we all know in the humanities and social sciences books have a long(er) life. Publishers of these 22 media and communication titles are amongst others Amsterdam University Press, Duke University Press, Intellect, transcript Verlag, UCL Press, Ottowa University Press and University of Toronto Press. The books of round 2 will be made available on the OAPEN platform. Note that some of these publisher don’t charge BPCs. They see the KU project as an addition to their business model and an option to publish books in open access. Some, like UCL Press and Amsterdam University Press, have a standard open access option for all their books and charge BPCs.[7]

Normally I won’t post links to open access publications, since we have other spaces for this (Film Studies for Free and recently launched OpenMediaScholar) but for the sake of completeness I’m adding the following list of books that have been or will be published in the OAPEN library from early to mid-2017.

[5] User Statics for the KU Pilot Collection and Round 2

[7] For a list of publishers active in the field of media studies and their OA models, see the Resource page.